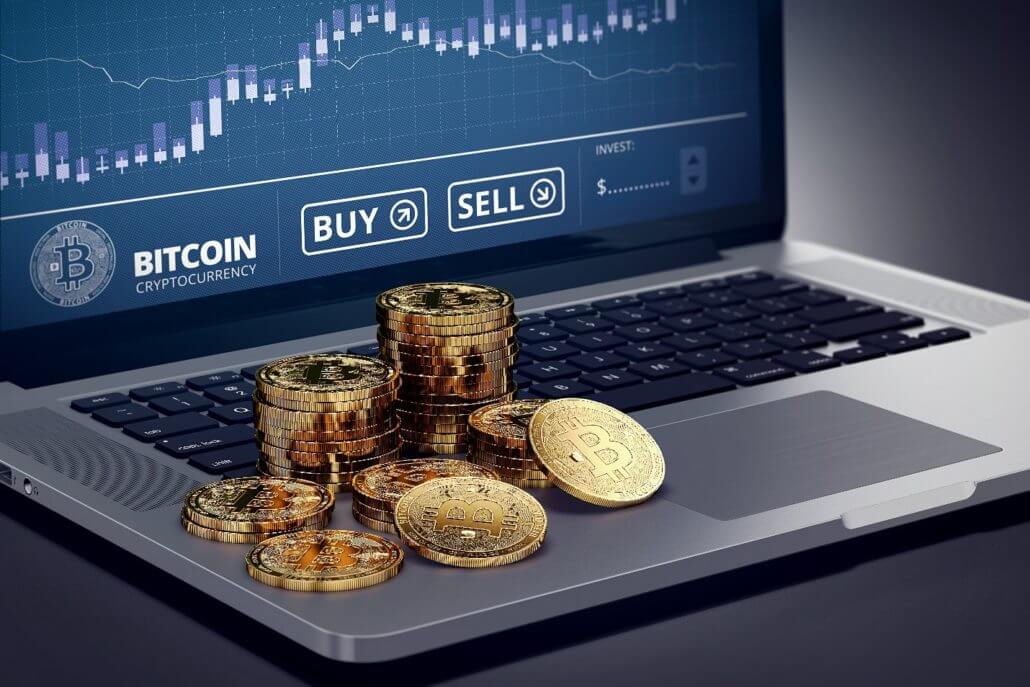 Looking at the BTCUSD chart on the daily time frame, we see that the price is still at a four-month high at $ 58,000. The weekend is approaching, and there is a new chance to make a stronger jump and test the price of $ 60,000. We are still in a growing channel, and the price is currently consolidating on the upper line of the channel. To continue the bullish trend, we need a break above $ 60,000, with the goal of then visiting the previous high at $ 65,000. For the bearish scenario, we expect a rejection from the top line of the channel, a negative consolidation, and a price orientation toward pre-support at $ 53,000. Further bearish consolidation can bring us down to a 20-day moving average in the $ 50,000 zone. Our maximum pullback can be up to the bottom edge of the channel in the zone of a 50-day moving average at $ 48,000.

Looking at the ETHUSD chart on the daily time frame, we see the price has managed to recover and retest $ 3650. Now we need a break above $ 3700 to have more concrete support on the chart and move on to $ 4000. Otherwise, if the price starts to make a negative consolidation, then we can expect the price to rise to the previous support to $ 3350. Down in that zone, a 20-day and 50-day moving average awaits us, and a further break below us can bring us down to psychological support at $ 3,000 and support in the 200-day moving average.

Looking at the price of Dogecoin on the daily time frame, we see that the price has found support at 0.22000, and after that, the last two days, we have had a positive consolidation. The price also received support for the 20-day moving average, and now we need a break above the 50-day moving average to continue on the bullish side. An additional incentive would be a break above the upper trend line, which would break the downward trend from August. For the bearish scenario, we need to continue the negative consolidation and pull the price below the support to 0.22000, with the target at 0.20000 psychological support on the chart.

The Russian government does not intend to ban the purchase of digital property to citizens, the country’s deputy finance minister said. However, cryptocurrencies are still banned as a method of payment within Russia’s borders. Russian Deputy Finance Minister – said that the Russian Federation does not plan to impose a complete suppression of cryptocurrency trading on foreign platforms, in the way China did: At the same time, citizens can buy (cryptocurrencies) and use wallets outside the Russian Federation.

Regardless, if local investors do business with digital assets in Russia, they will “be subject to bans for the entire foreseeable future” because of the country’s financial sovereignty, Moiseev added.

The deputy minister also noted that the government will not change its attitude towards digital assets as a means of payment. They will remain banned because the reverse could mean a loss of control behind the money supply.

Unlike most Russian politicians who have criticized the cryptocurrency industry and everything related to it, Moiseev thinks blockchain technology could be part of a future financial network.

The head of the Central Bank of Russia, Elvira Nabiullinova, said the following: that investing in digital assets is the most dangerous investment strategy. Her colleague – Sergei Shvetsov – made an even harsher statement, saying dealing with bitcoin equals the risk of entering a minefield.

Oleg Deripaska, a billionaire and the founder of the largest Russian charitable foundation – Volnoe Delo – criticized the crypto position of the Bank of Russia. He assessed that the country should not give up bitcoin but add it as a payment method, giving the example of El Salvador.

How to Start a Plumbing Business

How to Start a Plumbing Business