US fintech Brex has agreed a deal to amass Israeli start-up and tech associate Weav for $50 million. 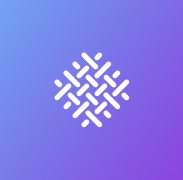 The agency says the acquisition will allow it to broaden its international attain by establishing an “innovation hub” in Israel.

“After a profitable partnership, we’re thrilled to make Weav a part of our core crew,” says Henrique Dubugras, co-founder and CEO of Brex.

Weav, which acquired $4.3 million in seed funding in April this 12 months, provides a common API for commerce companies that permits information sharing throughout platforms.

Lidor says: “Our objective has at all times been to attach companies, creators, and different entrepreneurs with fintech to broaden monetary entry, and this aligns with Brex’s mission.”

Based in 2017, Brex has raised over $1 billion in financing, most lately touchdown $425 million in a Series D round led by Tiger International.