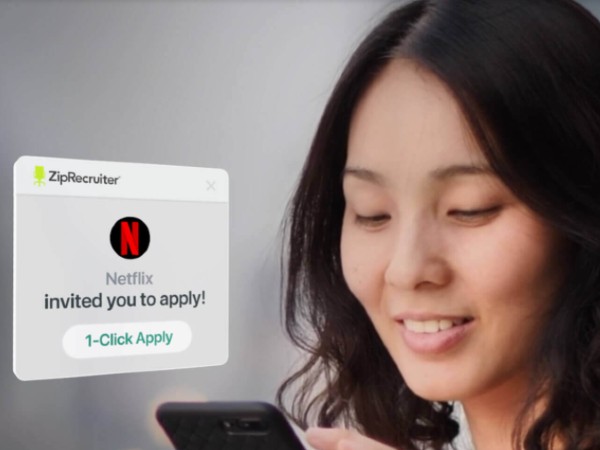 It’s an interesting time for both employers and people looking for a job: jobless claims are at a 50 year low, and people are no longer settling for low-paying jobs with no benefits. At the same time, COVID is starting to surge again, which may cause uncertainty for many company’s long-term plans. What that means for unemployment going forward is likely anyone’s guess.

So far, though, things seem to be looking up, and that’s been a boon for job recruitment sites like ZipRecruiter, which easily beat expectations in its Q3 numbers this year, with $212.7 million in revenue and $0.17 earnings per share, causing its stock to rise 14% in one day.

The company, which launched in 2010, is on a mission, “to actively connect people to their next great opportunity,” it wrote in an SEC filing.

“Twenty years after moving online, the job market remains painfully inefficient. Job seekers are required to navigate on their own in order to find the right jobs to apply to, usually across multiple sites, and without effective tools for monitoring new opportunities. Employers in turn are overwhelmed by the complexity of modern recruiting given the abundance of job boards, search engines, and social networks to source talent from. Neither side is an expert at their role. Neither side enjoys the process,” wrote ZipRecruiter.

“We founded ZipRecruiter to simplify the job market for both job seekers and employers. Unlike traditional online job sites, ZipRecruiter works like a matchmaker curating job opportunities for job seekers, and candidates for employers.”

ZipRecruiter uses artificial intelligence based on data from billions of interactions between job seekers and employers, including clicks, applications, and hiring signals, to find the best matches.

While the site is free for job seekers, employers pay fees to post jobs and access other features, which is where the company makes most of its money. This is ZipRecruiter’s subscription revenue arm, and it consists of three components, the first being time-based job posting plans, which provides customers with access to cloud-based software services so that they can create job postings that are posted to the ZipRecruiter marketplace, as well as other job sites or partner networks. Customers can also review job applications and manage job postings.

Plans typically range from one to twelve months, though there are daily subscription plans as well.

The company also makes money from upsell services, which are additional features, which provide ZipRecruiter’s customers with a temporary boost in the prominence of their job posts.

Finally, the company makes money from resume database plans, which allow customers to search and view resumes. These plans are priced based on how many resumes the customer would like to view in a given month.

ZipRecruiter’s subscription plans start at $299 per month, and the company will customize a plan and price for a customer’s hiring needs based on factors such as how many job ads they need to post, the number of resume downloads they want, the amount of user seats they need, their industry, and their location.

The other leg for ZipRecruiter is performance-based revenue, which consists of customers who pay on a per click by job applicant, or per job application basis, on their job postings. The amount they pay for those clicks or applications is usually capped at a contractual maximum per campaign, which typically last from one to three months.

“Customers that use a performance-based revenue plan are typically companies with consistent hiring needs and sophisticated recruitment campaigns where they manage incoming applications and job postings on their own applicant tracking systems,” the company wrote.

Since its launch, the company has helped 2.8 million businesses and 110 million job seekers.

ZipRecruiter went public via a direct listing in May of this year, debuting at $20 and ending its first day at $21.10, for a $2.4 billion valuation. It is now trading at $24.74 a share. Prior to going public, the company had raised $219 million in venture funding.

The Top Tips for Becoming a Successful Leader