There has been some crazy poaching news recently—no, not in the Big 4 but in college football. USC poached Lincoln Riley from the University of Oklahoma to be its next head coach, which was then followed by Brian Kelly bolting Notre Dame for the SEC (no, not that SEC) to become LSU’s new coach and Mario Cristobal leaving the University of Oregon for his alma mater, the University of Miami.

While it doesn’t have the gravitas of the coaching carousel in college football, PwC in Canada just turned two former EY associate partners into full-fledged partners. First, Edgar Barbosa joined PwC to take the role of Canadian payments leader. 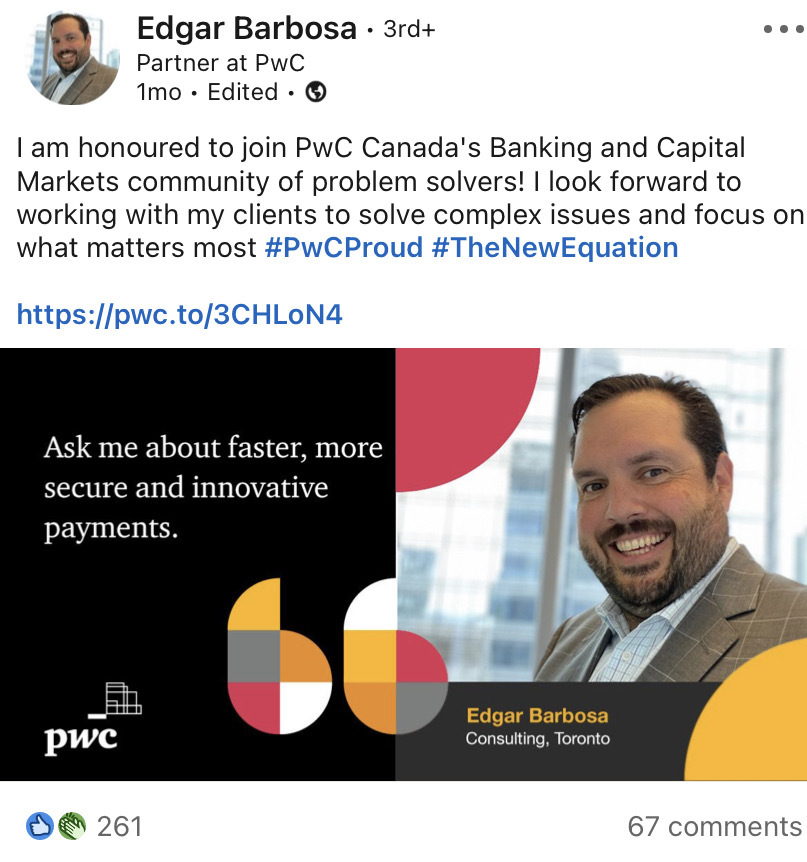 According to his bio on PwC Canada’s website, Barbosa “has led large payments and credit card transformation initiatives for many clients in Canada and the US including modernization of enterprise payments and card processing platforms, enterprise payments strategy and vendor selection, operating model design, implementation of automated credit decisioning tools and product design/strategy.”

Barbosa had two stints with Uncle Ernie: one as a manager in advisory services from August 2012 to December 2013, and then as an associate partner from March 2016 until joining PwC a few months ago, according to his LinkedIn profile.

Joining Barbosa at PwC of the Canadian variety is Samantha Paisley, who now leads the capital markets consulting group. 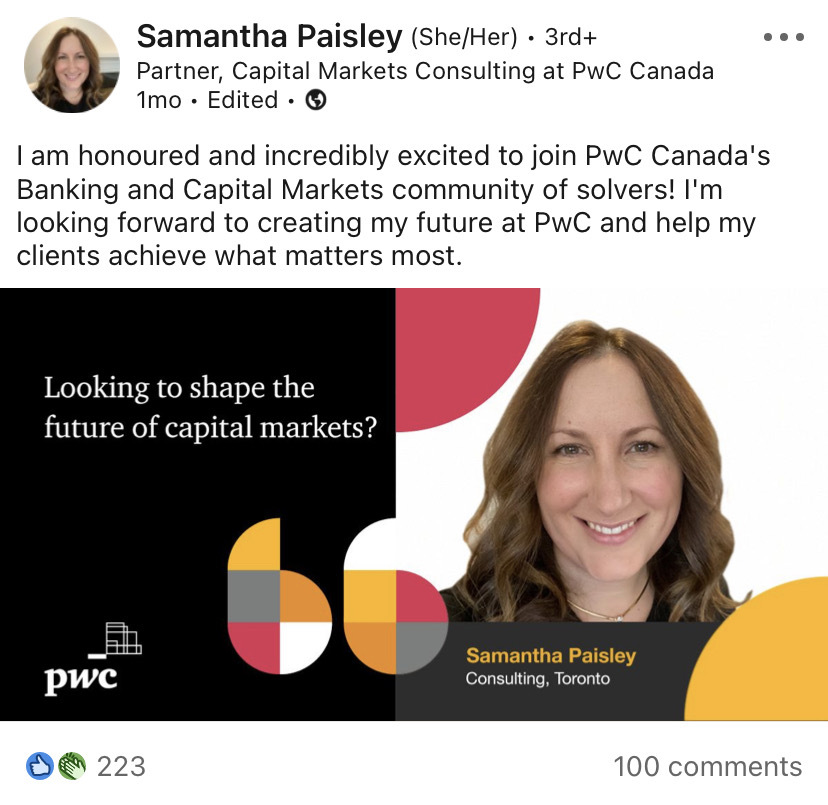 According to her bio on the firm’s website, Paisley “has assisted the world’s largest capital markets participants on topics including risk management, regulatory, and technology programs. Samantha has worked extensively across the European and North American markets as well.”

After starting her career at Goldman Sachs, Paisley joined EY in 2012 as a manager and worked her way up the ladder to senior manager, director, and associate partner, according to her LinkedIn profile. During her tenure with EY, she worked at the firm’s offices in New York City, London, and Toronto.

Have something to add to this story? Give us a shout by email, Twitter, or text/call the tipline at 202-505-8885. As always, all tips are anonymous.