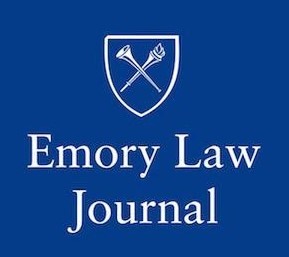 Being a conservative can make it a little harder to get one’s articles published in a traditional law review. And if one is writing about race or sex, it can be quite a bit harder. (I don’t even try; I go straight for one of the four specialty law reviews that were founded in part for the purpose of ensuring that articles by conservative scholars get published.)

I was therefore pleased to learn that my colleague Larry Alexander—one of the University of San Diego’s Warren Distinguished Professors of Law—had been invited to write for the Emory Law Journal and that Larry had chosen to write on a race-related theme.

But it was not to be. After offering to publish Larry’s essay (which was for a Festschrift for Professor Michael Perry) and then trying to edit away the meat of his argument, the ELJ has now withdrawn its acceptance.

Editor-in-Chief Danielle Kerker sent an ultimatum to Larry: Either “greatly revise” the essay or the ELJ will have to “withdraw[] our publication offer.” Larry understood how destructive to academic values it would be to cower under such pressure. He declined to revise the article.  Good for him.

Kerker wrote that the ELJ Executive Board had “unanimously stated they do not feel comfortable publishing this piece as written.”  “We take issue with your conversation on systemic racism, finding your words hurtful and unnecessarily divisive.” …

I suspect the real beef the ELJ Executive Board has with the essay is that Larry explicitly stated that racism isn’t the problem today.

Instead, he pointed to “the cultural factors that have produced family disintegration, which in turn portends poor educational achievement, crime and poverty.” This is just mainstream conservatism: Rearing children in one-parent families is not ideal, no matter what your race or ethnicity. It can’t always be helped, but all too often it’s the result of irresponsibility. At 69.4%, the out-of-wedlock birth rate for African Americans is particularly and tragically high.

Here’s the good news for Larry’s essay: This opera isn’t over. Two law professors (one conservative and one liberal) have withdrawn their essays from the ELJ in protest over its treatment of Larry. Two more law professors, both of whom I believe to be left of center, have said that they will publish only if they can include a blurb in front of their essays that protests the decision not to publish Larry. They do not necessarily agree with everything in Larry’s essay. But standing up for him doesn’t require agreement.

The Washington University Law Review’s Response To Michael McConnell’s Use Of The N-Word In His Stanford Class (Nov. 17, 2020)

May 2022 Net Worth Update – Laying Down The Law Debt