What do aircraft renters look for in every aviation insurance guide in the U.S? What are the liabilities covered in some of the most affordable aircraft insurance policies in America?

Liability, in-flight damage, and plane damage are all covered by aviation policies maintained by aircraft owners. However, most owners’ insurance policies, particularly those supplied by rental facilities and flying schools, will not cover damage caused by you as a renter pilot. The owner’s insurance company may pay the claim, but then sue you for the damages.

You should purchase non-owned aviation insurance to protect yourself, the plane you’re renting, your passengers, and anyone or anything else you might accidentally harm or damage. These insurance are simple to purchase, set up, and reasonably inexpensive, allowing pilots to be up and running quickly.

Here are some instances in which non-owned aircraft insurance may be required:

What Is Covered by Non-Owned Aircraft Insurance?

The following is how airplane renter’s insurance protects you:

There are three categories of culpability for aircraft damage:

Liability insurance is compulsory, although covering for aircraft damage is optional. Additionally, coverage for passenger injuries is not included by default, but it can be added to your policy.

The deductible for aircraft damage liability is a proportion of the policy’s value. The majority of hull insurance policies are “agreed value” coverage. That means that if the plane is totaled, the firm will pay you the amount specified in the policy that you and the insurer agreed on, independent of the aircraft’s market value.

The insurance on a rented aircraft is secondary, meaning it pays out after the owner’s insurance.

All of these coverages are necessary to protect you from the severe financial effects of aviation accidents and to cover you when the policies of the aircraft owner are insufficient.

Do I Need a Lot of Non-Owned Aircraft Insurance?

When purchasing a non-owner policy, choose ground and flight coverage to gain the maximum aircraft damage protection. Purchase enough aircraft damage insurance to cover the cost of replacing the most expensive jet you rent or borrow.

To rent a basic training plane, many flying schools require a minimum of $30,000 in aircraft damage liability, while some require far greater sums of coverage.

Is FBO Services Required to Have Aviation Renter Insurance?

Fixed-base operators (FBOs) are organizations that have been granted authority to provide aeronautical services and serve as private jet terminals at airports. Flight education, aircraft rental, aircraft maintenance, fuelling, and parking are all common services. FBOs typically need insurance for planes utilizing the facility, as well as aviation renter insurance for rentals and student pilots.

If an aircraft is uninsured, the FBO may refuse to service it. If you’re renting a plane and aren’t insured, you’ll almost certainly be denied permission to fly without an FBO or flight school instructor on board.

Before doing any solo training in the FBO’s aircraft, FBOs also demand student pilots to have their own insurance.

You are normally responsible for the aircraft owner’s deductible if you cause damage to a plane while training as a student pilot. Most flight schools and rental companies are set up this way, and your non-owner aircraft insurance will kick in to protect you if something goes wrong. Renter aircraft insurance coverage from AssuredPartners Aerospace, for example, pays up to $5,000 of the aircraft owner’s rental facility’s deductible. However, your renter policy must include aircraft physical damage coverage.

Even private flying instructors who own their own planes are likely to require their pupils to obtain insurance that includes aircraft liability damage or hull coverage.

A flying club is a member-run organization that splits the high cost of aircraft ownership by providing affordable access to the sky to a group of pilots. Many insurers offer specialized aviation insurance tailored to the demands of the club.

If you’re considering joining a flying club, find out what types of insurance the club already has and whether purchasing additional coverage is suggested or required. Many clubs demand individual insurance, but others charge an insurance premium or include the cost of the club’s group insurance in the membership fees or the cost of the airplane rentals.

If you also love spending your money on luxury yachts, then you would like to pay attention to this information on how to get the best yacht insurance quote in the United States. And if you already have one, consider doing these things to reduce your yacht insurance cost without sacrificing your comfort. 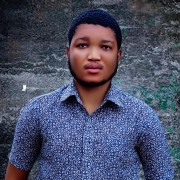