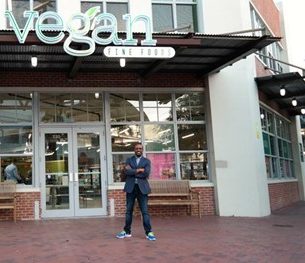 Entrepreneurs eager to expand their businesses through franchise agreements won’t necessarily have an easier path to opening new locations.

Ask Steve Smith, founder and owner of Vegan Fine Foods in Fort Lauderdale. Since he launched his franchise in 2019, he’s learned first hand how time-consuming negotiating deals with potential franchisees can be.

However, the payoff can be exponential. For instance, North Palm Beach-based BurgerFi through franchising has become an international company with over 100 locations since opening its flagship in Lauderdale-by-the-Sea in 2011. Boca Raton-based Miami Grill (formerly Miami Subs) and Fort Lauderdale-based Dream Vacations are on a long list of local success stories.

What’s more, Miami-based Burger King has just a few dozen company-owned stores that make up less than 1% of its global footprint. The rest are owned and operated by franchisees.

Here is what you ought to know if you’re considering becoming a franchisor:

Before you get started

Michael Joblove, a shareholder at Genovese Joblove & Battista P.A. in Miami, said he has a list of questions he asks business owners interested in launching a franchise. Those questions include:

The answers to those questions are the building blocks Joblove will use to create a franchise disclosure document, he said. An FDD is a legal requirement that sets the terms for any franchise agreement.

But an FDD is just the first step, he added. Joblove said he also encourages business owners from the very beginning to think about the target buyer of the franchise.

That could mean only working with established franchise groups that open multiple locations, only partnering with other entrepreneurs an owner has worked with in the past, or opening up franchising to all small business owners. This is up to the franchisor to decide, but it’s an important first step in the process, he said.

“Essentially, you’re lending [franchisees] your band and trademark, and if they don’t succeed, they’d be hurting your business,” he said.

Joblove said it takes fewer than two months, on average, to prepare and launch an FDD.

Age is just a number

One misconception that holds some potential franchisors back is the idea that a concept needs to be long-established before it can be franchised, said John Romney, VP of sales at Miami-based Franchise Creator, a consulting company that helps launch franchises.

However, there is no legal requirement that a brand even have a single location before starting a franchise, he said.

“In theory, if a business can be duplicated, then it can be franchised,” Romney said.

Of course, the longer a business has been in operation, the more success its next locations could have, said Hossein Kasmai, CEO of Franchise Creator.

A concept with more brand recognition will also likely have more interested potential franchisees, he said. However, he added that Franchise Creator has worked with business owners with companies less than 6 months old that still found success in franchising.

That’s because if an entrepreneur is looking to expand a concept into different states, brand recognition and sales numbers are less important than the viability of the business model itself, Kasmai said.

For example, Romney said a restaurant concept specializing in a rare type of seafood that can only be prepared by a chef with decades of experience likely isn’t going to be a successful franchise. But a home cleaning service or traditional fast-casual eatery concept could attract potential franchisees more easily.

Many FDDs have a section – Item 19 – that lists the revenue of existing locations of the franchise.

However, Item 19 is the only section of an FDD not required, Joblove said. That allows new concepts, even those with no existing locations, to launch franchises as early as they’d like.

“Where it’s a new entity, then you have the right to provide financials for the parent company or affiliate company instead that is going to stand by the obligation,” he said.

Romney of Franchise Creator said one worry among many franchisors is that new franchisees may tarnish a brand.

Franchise operation manuals are the answer to that concern. Baked into any franchise agreement is the ability to add as many, or as few, operation requirements as a franchisor would like, he said.

For example, franchisors can list specific suppliers a franchisee must use, pre-approved store/restaurant layouts and branding requirements. Or, franchisors can provide freedom for franchisees to tweak the concept to their needs.

FDDs need to be renewed annually. He said that cost is typically less than $5,000 per year, and the update must be filed before May 1.

But beyond the update, there is the day-to-day upkeep needed to communicate with franchisees and negotiate agreements. This part of the process can be arduous for even the most skilled business owners.

As for Smith of Vegan Fine Foods, he’s considering upping his advertising to lure more franchisees and potentially hiring someone to negotiate deals. The grocery store and market at 330 S.W. 2nd St. is currently the brand’s only location.

Smith says he had five franchise deals in the works in early 2020, but the Covid-19 pandemic derailed those discussions.

But now, he has at least promising deals that could potentially move forward, he said.

#317: Michael Solomon on Making it Easier to Toot Your Own Horn

Here’s What You Need To Know About Toxic Furniture