There are roughly 27m software developers in the world. Only about 18k of them, or 0.07%, work on crypto or web3 every month.

With such massive potential impact, why are there so few engineers working on web3?

Every quarter, RedMonk publishes a chart of the most popular developer languages. The two most popular languages for authoring smart contracts are Solidity for Ethereum and Rust for Solana and Cosmos, circled in red. 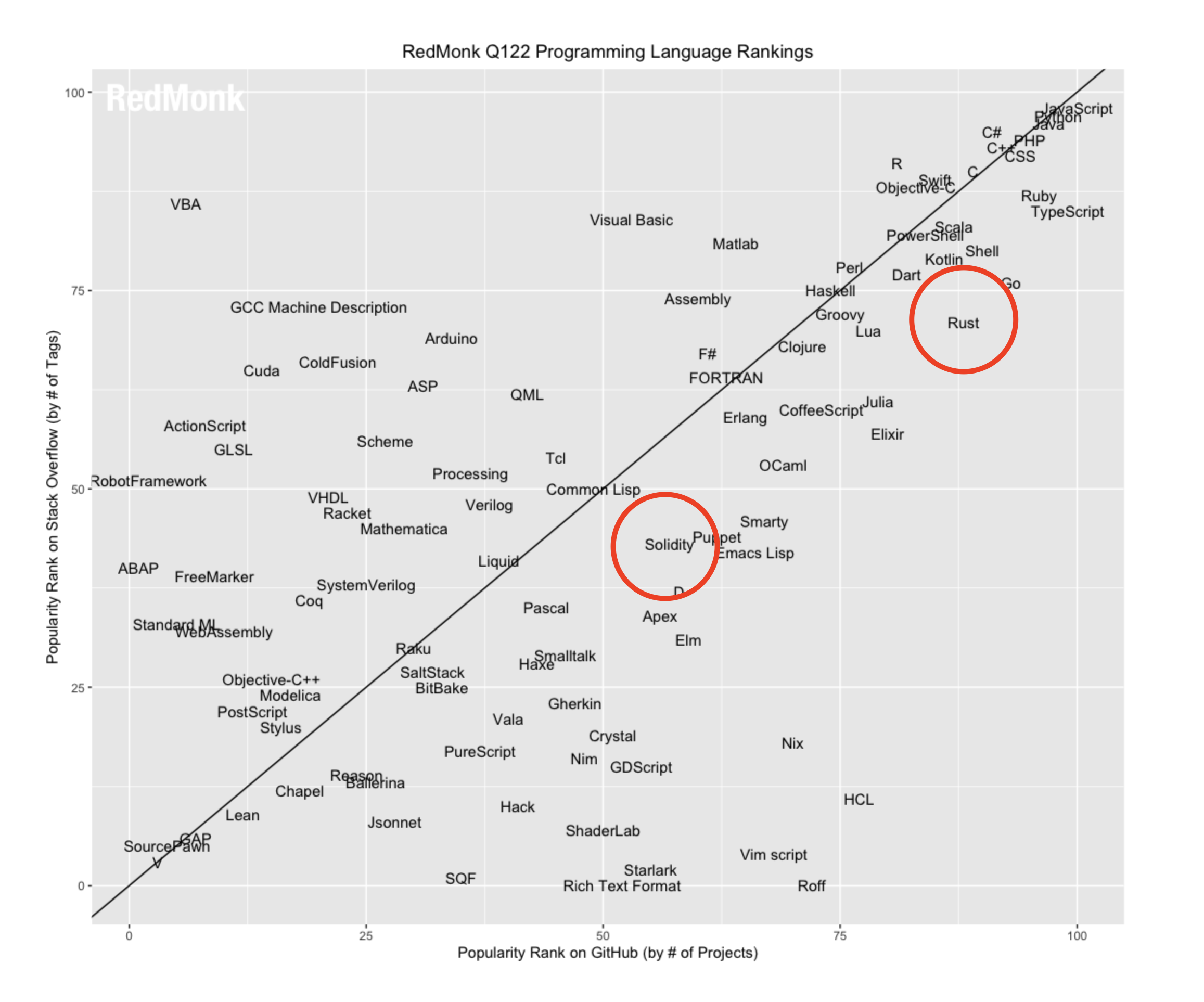 Both of these are niche languages compared to the popularity of Javascript which alone counts more than 16.4m developers – about 61%. From the same report: “Upwards of 2.5m developers joined the Javascript community in the last six months.” Javascript emerged as a front-end language but now, with technologies like Node.js power back-end applications, too.

In Q1 2022, Solidity, Ethereum’s smart contract language, appeared on the chart for the first time. Rust remained the 19th most popular language, though it is the fastest-growing. But it’s equally prevalent as Emacs Lisp. I don’t think I’ve met anyone who writes Emacs Lisp even though I’ve worked in Startupland for more than a decade, and roughly a similar number of engineers write Solidity.

Solidity and Rust are both influenced by lower level languages including C++. The learning curve for these languages is significant. With so few writing in these languages, web3 companies face recruiting challenges to staff their teams which limits their speed.

It’s not to say that the web3 developer experience isn’t improving rapidly.
Spinning up an Ethereum light node is as simple as pasting a few lines of bash script into a terminal.

But there are many massive opportunities to improve the web3 developer experience and that would invite many more engineers to work in crypto. Imagine if half a million of the US engineering population suddenly were capable of working in web3. How many trillions of value might they create?

When You Stumble Upon Your Life’s Purpose, Everything Falls into Place