Some sleuthing Corvette fans were off to the races night when they noticed a visualizer for the new 2024 Corvette E-Ray hybrid inadvertently went live on the Chevy website.

Catching the mistake, Chevrolet quickly removed the photos. But screenshots of the car are still available for everyone to see online, thanks to some quick-acting members of CorvetteBlogger.com.

Last April, Chevrolet released a teaser video of a new Hybrid Covervette, saying it “will be available as early as next year and a fully electric version to follow.” But very little information has been released about the vehicle.

The leaked photos didn’t reveal too much but what to expect, but according to the website Jalopnick:

“It uses the same wider bodywork as the C8 Z06, with a more aggressive front end and larger side intakes. But instead of centrally mounted exhaust tips like on the Z06, the E-Ray has a pair of chrome pipes at each end of the rear bumper like on a normal C8.”

The E-Ray will be a hybrid but still use the regular C8, Corvette’s LT2 V8 engine. 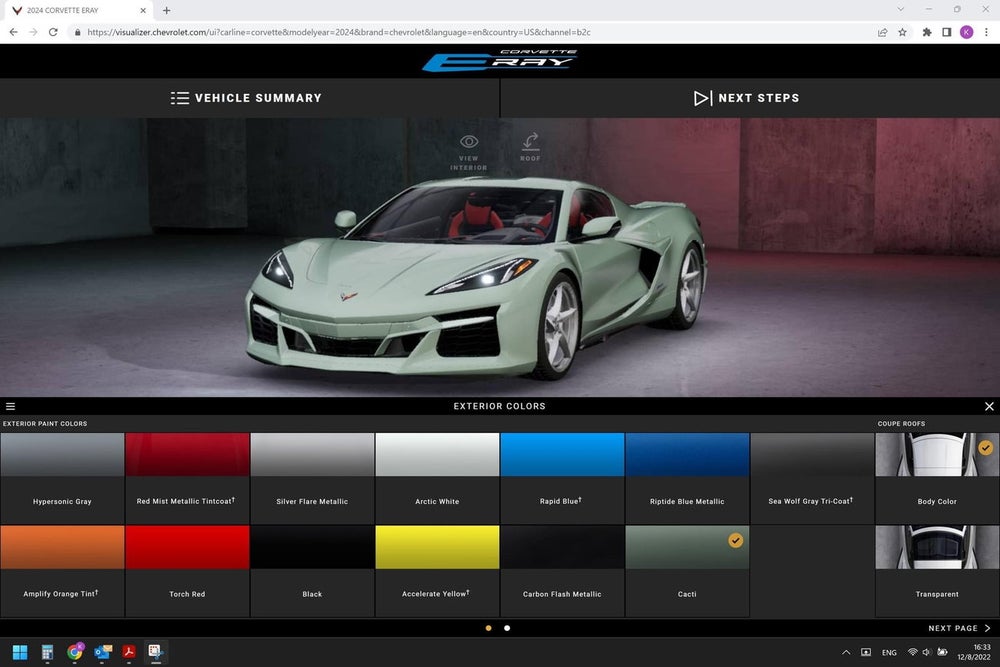 Related: The 5 Most Luxurious Electric Cars on the Market That Will Make You Want To Skip On Gas

The leaked photos reveal that Corvette will come in three new colors, available carbon-fiber wheels, and a ZER Performance Package. 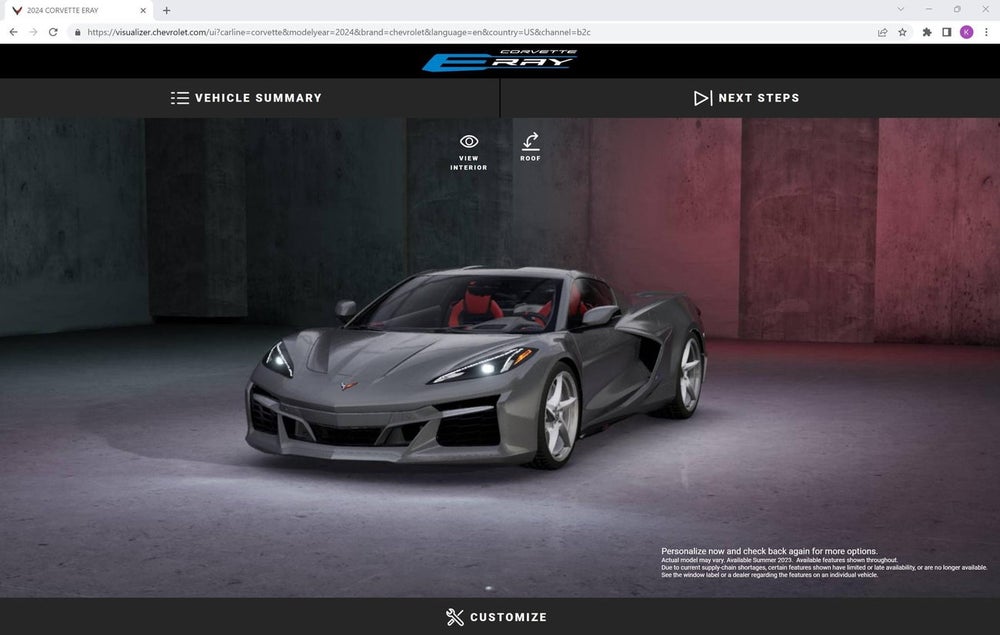 This is a lot more than Chevrolet wanted people to know at this time, but they took the leak in stride.

In a statement, a spokesperson for the company said, “the holidays came early.”