The company’s robots, called Moxi, can free up nurses by doing repetitive and menial tasks 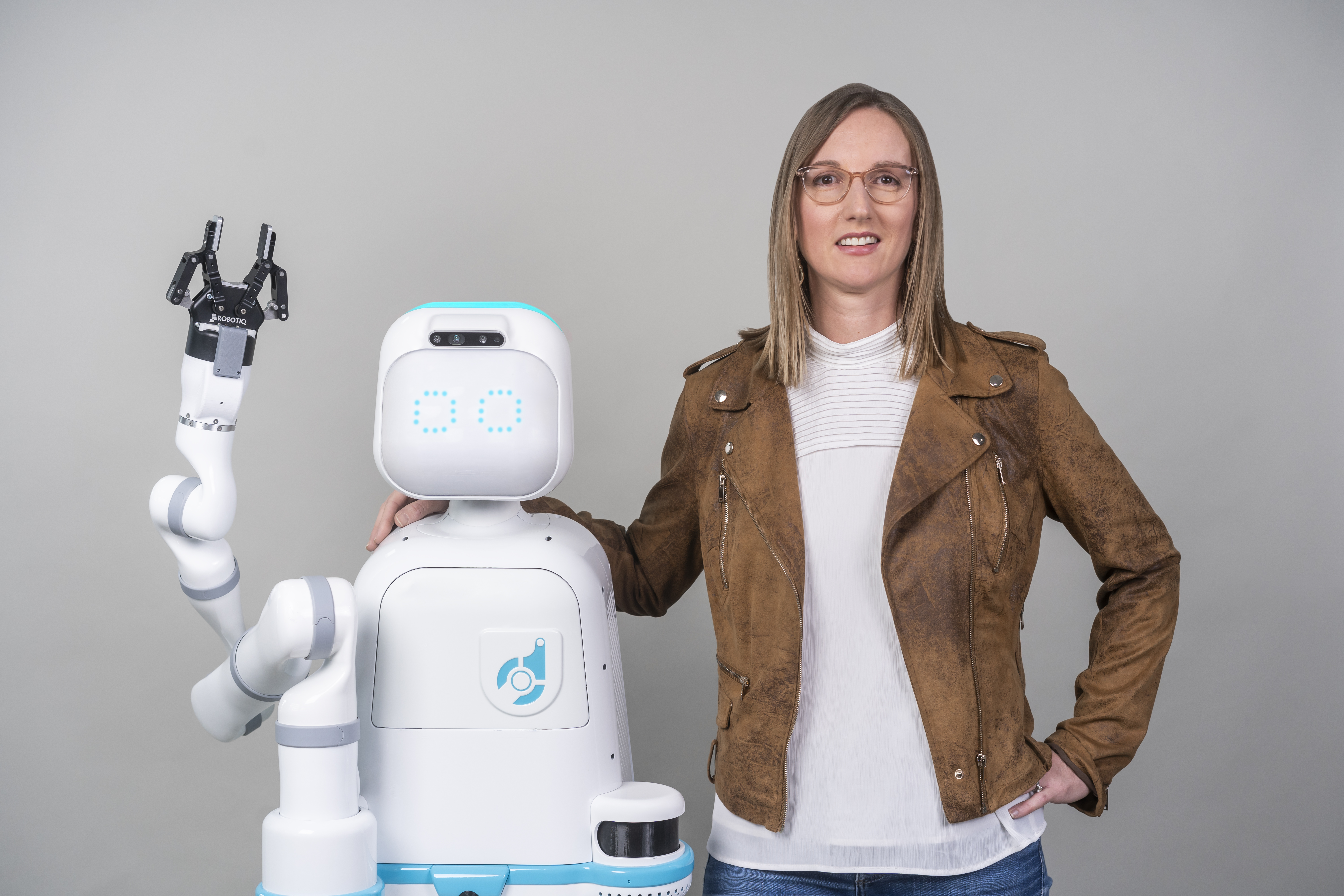 Burnout among healthcare professionals was bad before COVID, and now it’s even worse, with a large number quitting or retiring over the last two years. This has only put more pressure on the existing staff, as well the hospitals and health systems that employ them, who still want their nurses to be working to the best of their ability.

So, how do you relieve some of that pressure, while also saving time and money? Diligent Robotics has the answer: use robots to free up nurses to do the work they were trained to do.

The Austin-based company has developed a socially-intelligent service robot named Moxi, which can handle some of the mundane, and time consuming tasks, such as delivering medications and tests.

“Even four or five years ago, when you talked to hospital leadership, one of the first things they would talk about in terms of pain points or challenges would be their workforce. They’d say, ‘If I could get all of my staff to be performing at the top of their license, then we would really be in a good position’,” said Dr. Andrea Thomaz, the company’s co-founder and CEO.

“We really took that top of your license mantra that’s been in hospitals and healthcare for a long time, and that was our inspiration for building automation and robots that were really going to be working side by side with people and taking on some of those mundane delivery tasks. We really are taking the actual work off of those frontline workers plates.”

The company has been seeing increased demand for its robots, and now it has new capital to help deploy more of its robots into hospitals, announcing a new Series B funding round of over $30 million on Monday.

The round was led by Tiger Global, along with existing investors True Ventures, DNX Venture, Ubiquity Ventures, E14 Fund, Next Coast Ventures, Boom Capital, Gaingels as well as new investors including Cedars-Sinai Health Ventures. This brings the company’s total funding to nearly $50 million.

For a nurse to use Moxi, all they have to do is call it from their phone and tell the robot what task to do and where to go. For example, there are medications and lab samples that can’t go in the tube system, meaning they have to be hand carried by a person, which can take 30 to 40 minutes out of a nurse’s day.

“It turns into just several hours of tasks and deliveries that the robot is doing every day and returning that time to the team so they get to stay in their departments. They don’t have to be running across the hospital,” explained Thomaz.

When Digilent Robotics first starts working with a new site, it will assess all of their nursing units, and all of the ancillary departments that are supporting nursing, including lab, pharmacy, central supply, and food nutrition, to find where the inefficiencies are, to find where Moxi can be more useful.

For example, one of the company’s partners is specifically using Moxi to help expedite discharge medications so that a patient is not just waiting around for a nurse to come and give it to them. In another use case, a hospital is using Moxi to deliver COVID tests, which could take a half an hour since a nurse would have to carry a patient record sticker down to the lab and wait for the lab tech to look up which of the 18 or so COVID tests needed to be given to the patient.

“We’ve been able to alleviate both steps of that workflow where now Moxi is delivering tests and bringing them back and all that the nurse has to do is call down to the lab tech. That’s a great example where it’s a manual process. As soon as you ask people to start thinking about the times that you’re doing something manual, and then we can look at automating it,” said Thomaz.

Given that Moxi is deployed into a care setting, there were certain aesthetic choices that had to be made in order to make it palatable for a care setting. That includes the color scheme, which was chosen so that it would fit in with other equipment in the hallway. There were also healthcare-specific aesthetics as well, such as the robot needing to being designed so it could be wiped down quickly.

The company also focused on Moxi’s size, making it as small as possible, in order to minimize its footprint, and so it could fit down a crowded nursing hallway; that made it different from the type of robot that might be found in a warehouse or a manufacturing line.

“We made the robot about four and a half feet tall, because we really didn’t want it to be taller than some of the nurses that it’s going to be interacting with. We really wanted Moxi to be unassuming and not towering over people,” Thomaz explained.

The other big decision when it came to the design of Moxi was its head and face, making it easy for people to understand what it is going to do, meaning it had to be able to give off social cues about its intentions. That meant giving it the ability to look in a certain direction before it turns.

“You get that the robots are about to turn left, and nobody has to ask that question and you don’t have to have the robot say, I’m turning left.’ That was really important to us that it was be it would be very intuitive for people to understand what the robot is going to do.”

One thing that does Moxi does not do much of at the moment, though, is speak. Though it can say a few canned phrases, such as, “I’m here for delivery,” or, “I’m getting off on floor number three,” the company purposely has made those few and far between. People, generally, are not supposed to interact much with the robot, though Thomaz did tell me that many staff and patients like to take selfies with it.

“We don’t want that people thinking that Moxi is like your smart speaker that you can just start chatting with. But it does have a lot of like beeps and meeps, R2D2-like sounds.”

The future of Moxi

The first commercial deployments of Moxi started in 2020, and while the company doesn’t disclose how many robots it has deployed so far, or in how many locations, Thomaz would say that it has been taking at least two, and up to four, new robots live every month now, and that some that initially launched with two Moxis have already asked for a third.

That’s, in part, because the time that is returned to their teams is worth at least double the amount that they’re paying for Moxi, she said.

Currently, Moxi has to be told what to do and where to do; part of this funding will go toward incorporating more AI and machine learning so that it can become smarter and can make more decisions on its own, without needing as much human intervention.

“This year, one of the things we’re really excited about in terms of our roadmap, which this funding is going to let us do, is to really focus on a deeper interoperability strategy and thinking about connections to electronic medical records to actually trigger some of these delivery tasks to happen automatically,” said Thomaz.

There’s a few different ways in which AI and machine learning technology might come into play for the Moxi platform, one being autonomous behavior itself; there are sensors on the robot that allow it to make 60 to 80 decisions. That can be about whether there’s an obstacle in its, where it should go, and path planning, for example.

There’s also route optimization and scheduling, and that’s where Diligent Robotics uses predictive analysis; the robot might be able to decide it should be sitting at a specific charger, because it tends to get a lot of tasks from that location around a certain time of day.

One thing that Diligent Robotics does not plan to do, though, is start building robots that can be used in non-healthcare settings, though that is something that Thomaz admits the company did think about early on.

“Now that we’ve been deeply ingrained in healthcare and hospitals and understanding the opportunities, we truly believe that we’ve only scratched the surface of what automation can do in hospitals,” said Thomaz.

“These kinds of transport delivery tasks are just one of a handful of opportunities that we’ve identified for future product lines and ways that you could help to offset some of the manual work that’s happening in hospitals. So, this is a huge opportunity as a company for us to just continue down the path of impacting hospitals and healthcare.”