Before a startup is founded, no stock exists. By the time it’s public, more than 100m shares exist across hundreds of shareholders (employees, institutional investors, retail investors). Through its life, the company might buy back some shares, destroying them and reducing share count.

The same is true in crypto. When a crypto project launches a token, no tokens exist. To succeed, the crypto company must distribute tokens to thousands of investors to hold, trade and stake.

Just as tokens can be created, they can be destroyed. For example, users burn tokens to execute a smart contract. The network might slash tokens when a malicious validator tries to steal by suggesting an invalid transaction block.

How similar are equity inflation and deflation patterns to tokens? The answer surprised me. 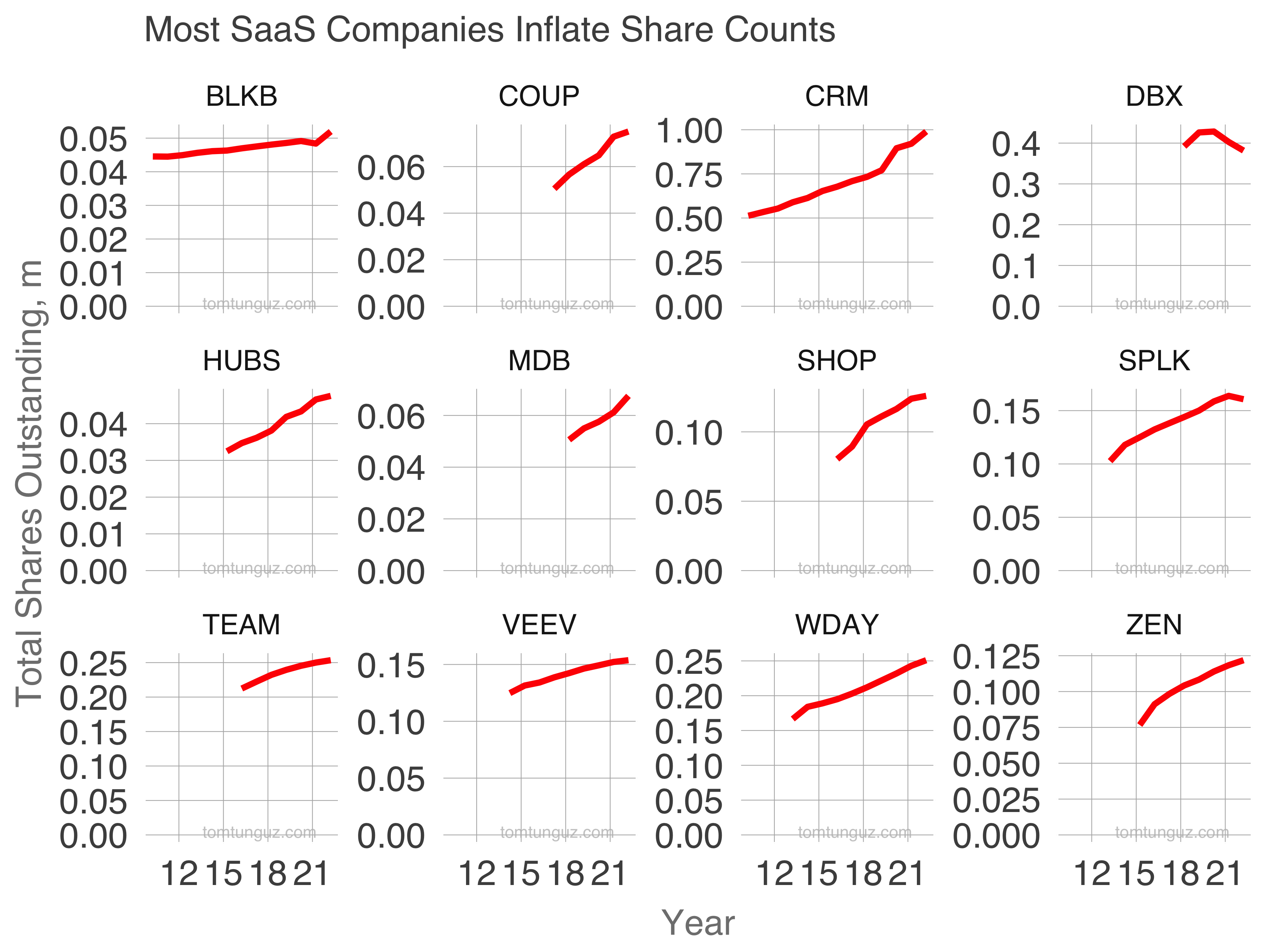 Here are the total shares outstanding for a few public SaaS companies. Blackboard (BLKB) increases share count steadily. Dropbox (DBX) has crested. But most of the others are up and to the right. Older companies SaaS companies (Salesforce/CRM) and newer ones (Coupa/COUP) show similar trajectories.

Company age doesn’t govern share count much, rather the goals of the company do: more team growth and fundraising means minting more shares. 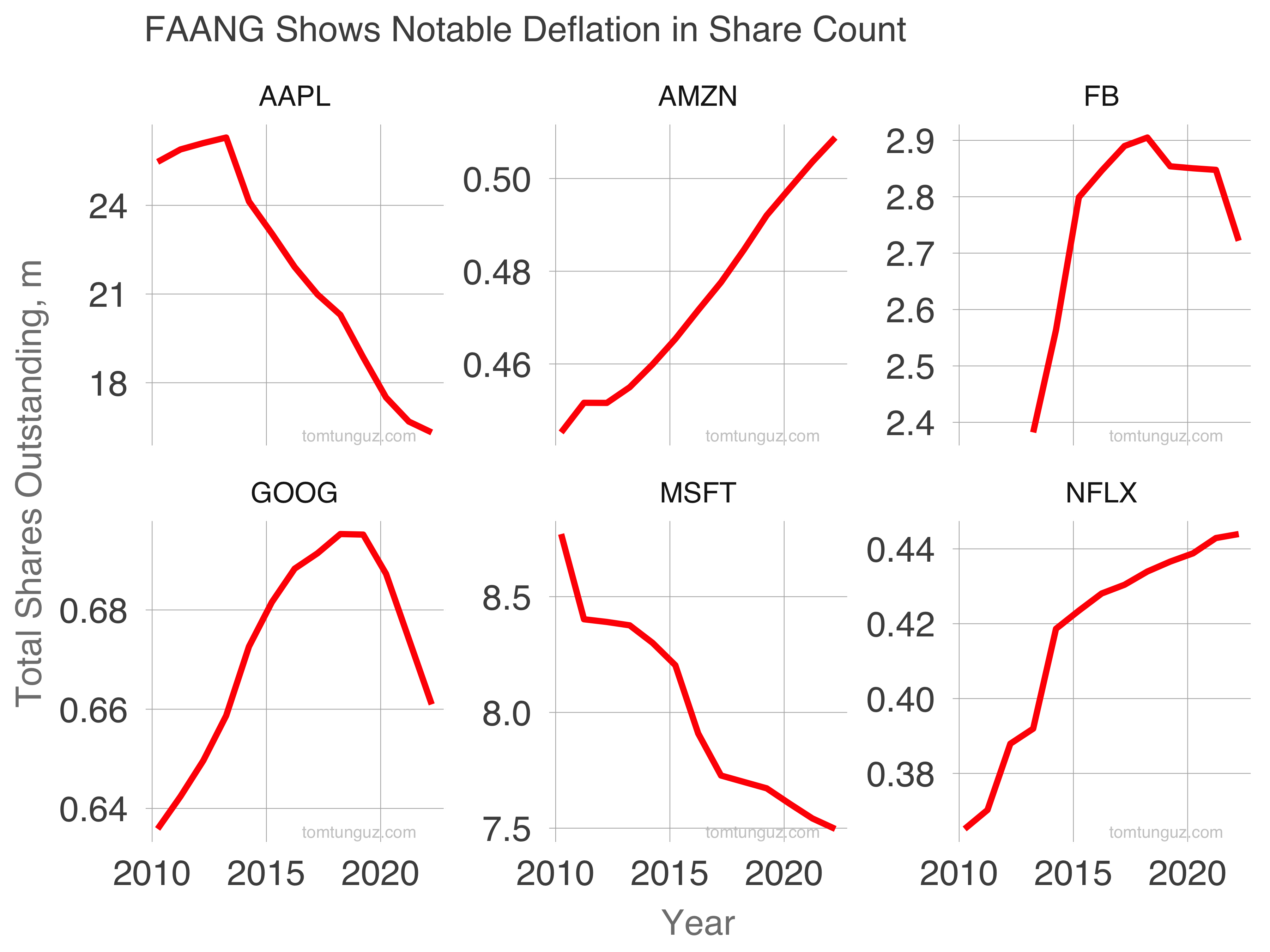 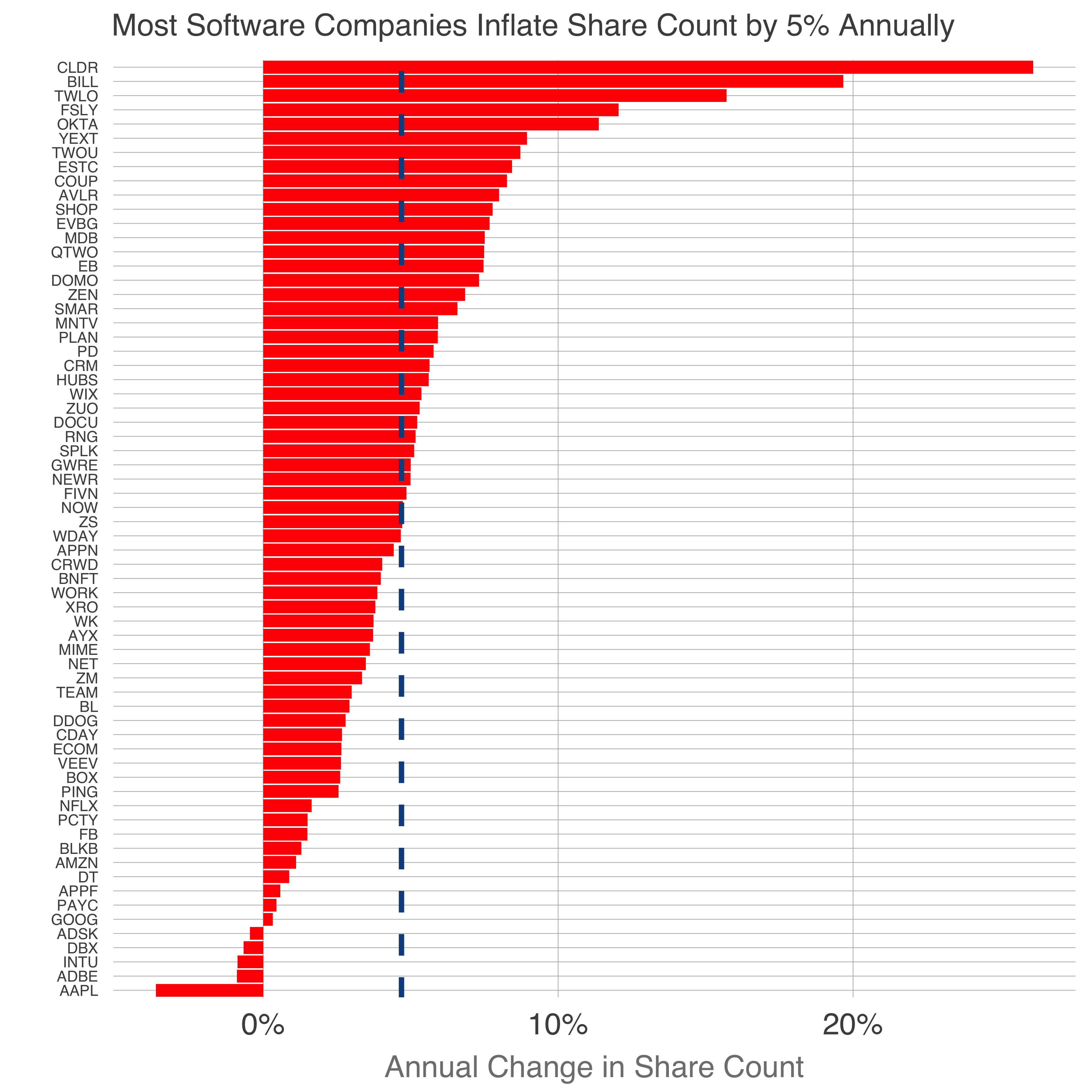 Public software median inflation rate rests at 5% annually, including shares for new employees, retention grants for current employees and primary stock sales in the public market to raise cash. The distribution is quite wide: Apple deflates shares 3% annually while while Bill grows share count by about 20%. 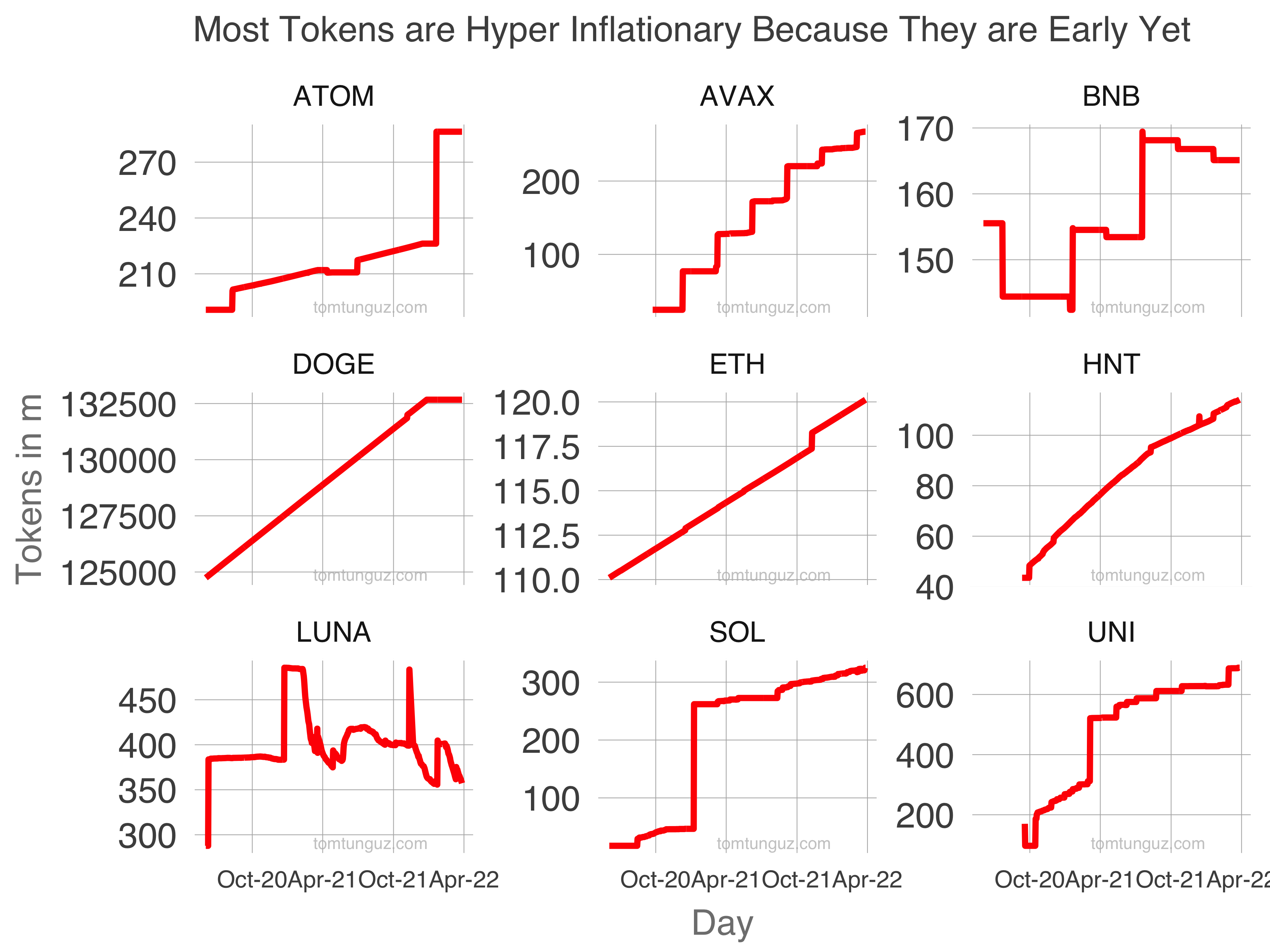 The patterns for crypto token issuance diverge wildly compared to SaaS stocks. I selected nine projects to contrast them.

Across this set of projects, the median inflation rate is 25% – much higher than SaaS companies.

There are some distinctions between crypto token counts and share counts:

However, some more mature projects, even utility tokens, have fallen to similar token inflation their SaaS cousins.

As more crypto companies launch, many will define their token strategy that should consider:

Ultimately, crypto token emission schedules should vary from SaaS companies because each instrument has its own purpose, but there are more than a few resemblances.