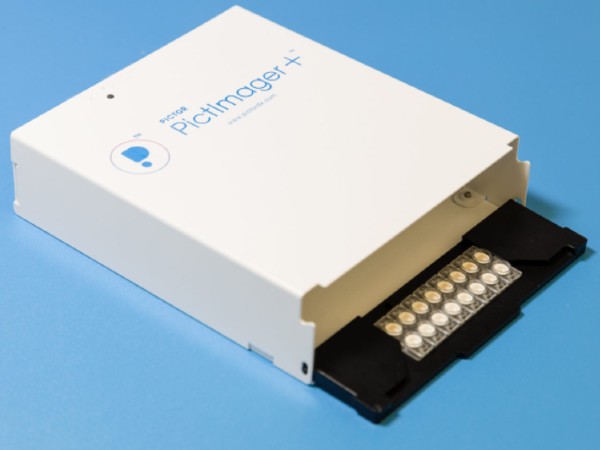 While some diseases are fairly easy to detect, others can be very difficult to diagnose; these are called complex diseases, and they are caused by the interaction of multiple genes and environmental factors.

An example of a complex disease is COVID-19; as we’ve seen over the last two years, most people have no idea if they’ve had it, unless they had symptoms. The only way to actually know if they’ve been infected is to take an antibody test, and even those aren’t very useful: the FDA doesn’t recommend using the result to evaluate a person’s current level of immunity or protection from the virus, especially if they’ve been vaccinated.

Pictor wants to make those tests both more efficient, and more accurate: the biotech company has developed a test that can detect if a patient’s COVID antibodies are from a previous infection of SARS-CoV-2 or from a vaccination.

“COVID-19 was the first really big opportunity for Pictor to leverage its multiplex platform in a unique way. We leapt into it like a lot of diagnostic companies did early on in the pandemic: we didn’t really know what was going to come out the other end, but we said, ‘let’s try and find a really good fit for our multiplex platform.’ We’ve ended up with a diagnostic test that we see real utility for,” said Howard Moore, CEO of Pictor, in an interview

There’s so much that’s unknown about the disease, he explained, that more uses and more relevance every week.

“There are many, many challenges that the world is going to have to face; some of these challenges are going to go on for many years because of the long term consequences of long COVID, in particular. And also, we keep on getting surges and new variants. So, we’re excited about the potential for our COVID-19 diagnostic.”

Now, the company is getting ready to make its PictArray SARS-CoV-2 Antibody Test commercially available, and so it has announced a new funding round, and a new partnership, to help make that happen.

While existing antibody tests can detect Immunoglobulin G (IgG), which is the most common antibody, Pictor’s differentiation is its ablility to separately detect the two most important antibodies: a spike protein and nucleocapsid protein.

The CDC has confirmed that if you’re doing serological testing, that these are the antibodies that need to be detected, Moore explained.

“Other companies can detect a combination of them, but they can’t tell you the relativity between the two. We detect them separately, and that’s a real point of difference, because we can determine what’s the reason behind you having those antibodies,” he said.

The company uses what’s called a 96 well plate, a plastic plate that contains 96 wells, and in each well it can then spot nano quantities of antigens, which it can combine with a serum sample to confirm whether the sample contains an antibody. If it finds that someone has spike protein antibodies, that’s because they’ve been vaccinated, but if they have both spikes and nucleocapsid protein antibodies, they’ve been previously infected with the disease.

“There are separate tests out there for spike and nucleocapsid, so others can do it in identical samples. That means they have to sell two tests, the lab has to run two tests; with us, you buy one test, you only have to run the test once. So, we have a significant cost advantage for the lab doing the test. But also you have greater security because you know the sample is absolutely identical.”

Bringing the test to market

So far, Pictor’s has tested about 500 samples, both positive and negative, and has seen sensitivity and specificity of around about 97% to 98%, meaning a very small percentage of false negatives and false positives.

Given those results, the company now feels like it’s ready to bring the test to market, and it will do so through a partnership with U.S. laboratory service provider Mobility Health. The company will help Pictor recreate those same results for US regulatory agencies, while also using its network to reach more customers.

“In the US, you can file a 501K with the FDA, which takes about six months, but the other pathway you can follow is called the laboratory developed test (LDT), where you can offer your test to a laboratory, and as long as they carry out a verification and trial, they can then commence utilization of your test,” Moore explained.

This required a registered laboratory that is of sufficient standard to be able to carry out the so-called LDT process, which is supervised by the CDC; Mobility Health will act as that laboratory for Pictor, essentially repeating the clinical trial trials that the company has already done already. Once that’s done, the plan is to take the test to the market in May of this year.

“They’ve got a network of pharmacies through which they’re able to reach many customers. They’re also engaged with a lot of nursing homes, where you have immunocompromised individuals, where it’s instantly critical that they have satisfactory levels of immunity. And that, of course, is where our test comes in,” said Moore.

“Our tests can be a valuable tool in determining whether a vaccination has worked at all (it doesn’t work in all cases) or if someone has been vaccinated, but the immunity has declined. With immunocompromised individuals, the rate at which immunity declines is often much greater than then for you and I.”

While the PictArray Antibody Test will initially only be available to be taken at a lab, with a licensed phlebotomist, there are plan for making it available direct-to-consumer as well. Pictor has entered into partnership with Tasso, a company that has developed a device that goes on the person’s arm and painlessly draws a small sample of blood, thereby avoiding the need and the cost of having a phlebotomist do a venous blood draw.

This would enable the test to be done in pharmacies where they don’t have phlebotomists available, as well as having the devices sent to people in remote communities.

“In our country of New Zealand, where the company was founded, we have an indigenous population who are generally under-served by health providers; we see the opportunity to distribute these Tasso devices so that blood samples can be taken without the need for medical professionals to be present.”

The hope for Pictor is that these devices will be available to be sent out to individuals as early as June of this year.

The new round of funding, which totaled $6.1 million, was led by former Morrison & Co CEO Marko Bogoievski, and specialist growth investor K1W1. As part of the investment, Bogoievski is joining the company’s board of directors.

“Marko recently retired from management of an infrastructure fund in New Zealand, that went from $1 billion in assets to $20 billion in assets in 10 years, which is a great story in itself. But Marco and I have been engaged for the last three months and I have to say, I’ve found him particularly inspiring and great to have him as a lead investor,” said Moore.

The company will use the new money to continue to develop the COVID antibody test, as well as diagnostics in other areas, including animal health.

For example, there’s a bovine disease called Mycoplasma bovis, which can be hard to diagnose with a high level of accuracy; the company was approached by one of the world’s experts in the disease to use its platform to improve the probability of successfully confirming if an animal is infected.

“We’re excited about identifying what are the other opportunities for using this multiplex platform. Diagnostic testing in animal health is often done on a very, very large scale, so that’s exciting for us. The regulatory bar is lower, so we’re pretty excited about opportunities in animal health. Likewise, we still see more opportunities in human health. Anywhere where there’s a complex disease that’s hard to diagnose, the multiplex platform comes into its own,” said Moore.

“We’ve got a real difference. We’ve got a real niche and COVID has been perfect for us to demonstrate that. We will go on to apply it in other areas, human health and in animal health.”