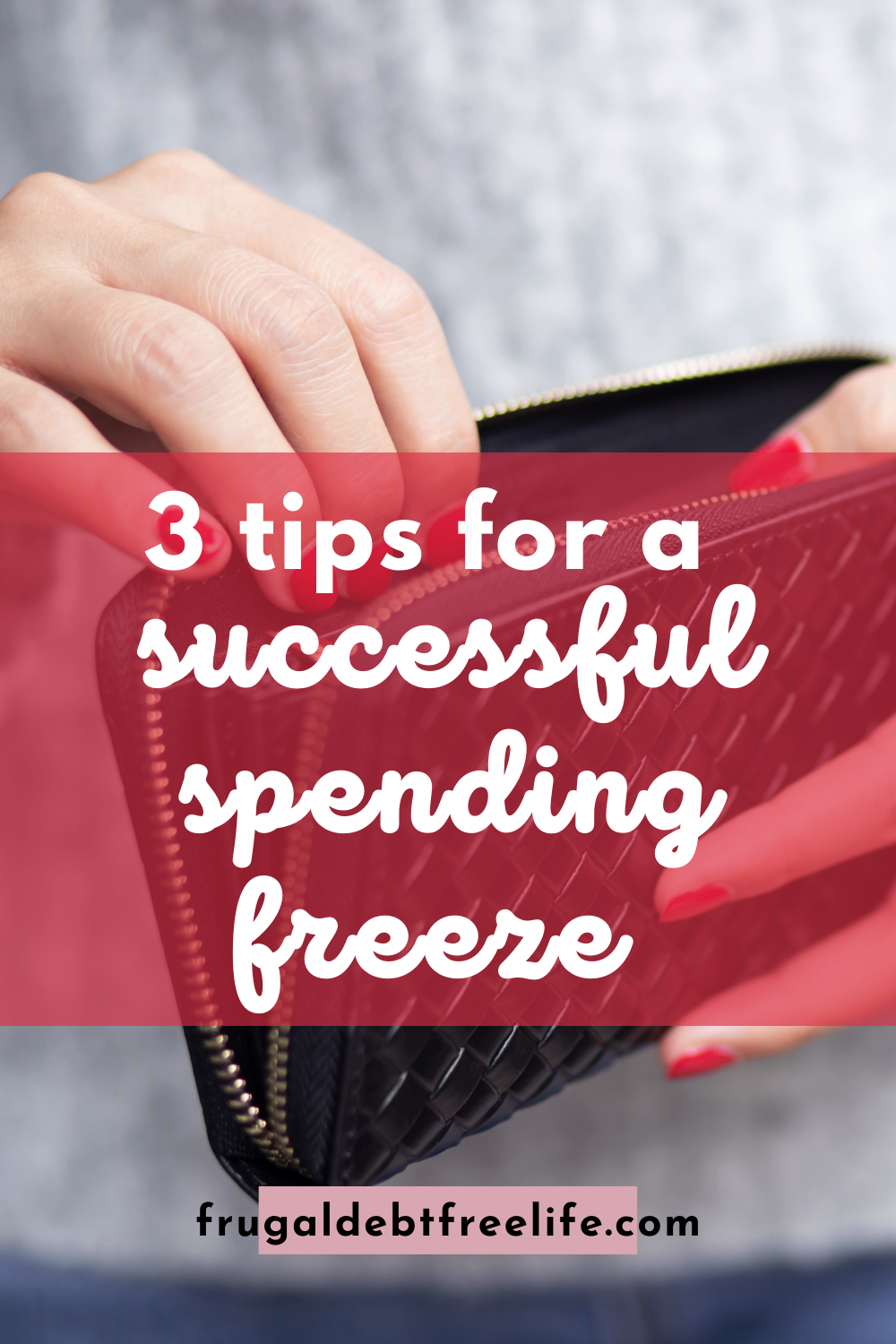 The first time I read about a spending freeze on a blog I rolled my eyes and clicked on another blog post.

Jason and I were already pretty frugal people and I just didn’t think we were wasting money in any one area.

Cut to February 2014. We were so close to getting out of debt I could taste it. We could see the finish line and we just needed a couple of hundred dollars to pay off the remaining balance on Jason’s student loans.

That was when I implemented No Spenduary. For the entire month, we were not going to spend any money outside of our bills, gas, basic groceries, and diapers for our two babies.

Confession, I did cheat that first month. I did buy some donuts to take to a friend, but I feel that was an extenuating circumstance. A friend in need of carbohydrates is a friend indeed.

It was an eye-opening experience, even for a thrifty family. We saw where our budget was leaking. It was easy for my husband to spend $20 a week buying breakfast rather than making his own.

However, when I showed him how much cheaper and healthier making his breakfast would be and he went with it. (He leaves for work before 6 a.m. I am not getting up that early to fix it for him.)

I saw how was easy it was for us to hit the drive-through on the way home from church. But I realized I could just throw something in the slow cooker and be done.

I was so quick to see a great deal on a coupon blog and think “I have to have that now” rather than budgeting for it and waiting.

Delayed gratification, my friends. I was late to learn that principle.

But when I sat down and balanced our checkbook after four weeks of no spending I was thrilled to see all that extra cash in the bank. Then I immediately kicked myself, why don’t we live like this every month?

A no spending month forced us to be intentional with our money. We had to make a list, a plan, and stick to it.

However, to have a truly successful no spend month, you need a plan.

It is so easy to hit up the drive-through for breakfast or purchase that one ebook on Amazon. Or run through Starbucks. Determine whatever that temptation is and decide that for the next month you are going to avoid it at all costs.

Here is the thing, it would be great if you went on a one-month spending freeze and then BOOM all your problems were solved. But life doesn’t work that way. So it’s important to take this time to spot where you’re wasting money and implement a plan. How are you going to fix these bad habits going forward?

If you’re not spending money just to not spend money you might not be that successful. You’ve got to have a why behind the what, a reason for doing a no spending challenge.

Maybe that reason is one last debt to pay off or a big upcoming expense. Or maybe you need to pad your savings. But you’ve got to come up with a reason behind your actions.