On February 17, the Securities and Exchange Commission charged James Velissaris, the former Chief Investment Officer and founder of Infinity Q Capital Management, with overvaluing assets by more than $1 billion while pocketing tens of millions of dollars in fees.

The SEC’s complaint alleges that, from at least 2017 through February 2021, Velissaris engaged in a fraudulent scheme to overvalue assets held by the Infinity Q Diversified Alpha mutual fund and the Infinity Q Volatility Alpha private fund

In February 2021, Velissaris was removed from his role with Infinity Q after SEC staff confronted the firm with information suggesting that Velissaris had been adjusting the third-party pricing model. Several days later, at Infinity Q’s request and to protect shareholders, the Commission issued an order to suspend redemptions of the mutual fund. 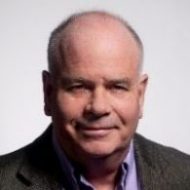 Morningstar’s John Rekenthaler weighed in with his answer to the question, “Worst. Fund. Ever?” Not to spoil the surprise, but Mr. R. does conclude:

“to my recollection, no other fund has so effectively combined marketing arrogance, high fees, investment inscrutability, and failed ethics. That it did so while possessing enough assets to cause real damage only adds to its tally.  For me, Infinity Q Diversified Alpha takes the prize.” 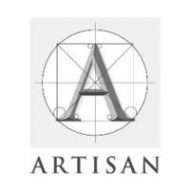 The return of Beini Zhou: Artisan Partners has in registration its International Explorer Fund. Management plans to invest in undervalued, primarily non-US small companies, with strong balance sheets and shareholder-oriented management teams. The fund will be co-managed by Beini Zhou and Anand Vasagiri. Mr. Zhou formerly managed the Matthews Asia Value Fund. In our profile of the fund, David Snowball reported

I’ve spoken twice, at length, with Mr. Zhou at the Morningstar Investment Conference. I talk with lots of managers each year. He is among the most impressive I’ve met in terms of clarity and precision of thought and expression. He was, at our last conversation, in the midst of taking courses on artificial intelligence and teaching himself a new programming language with the intent of designing a program that could scrape qualitative data, not just statistical data, from conference calls and other corporate documents.

In September 2020, four high-profile Matthews managers – Tiffany Hsiao, YuanYuan Ji, Beini Zhou, and Anand Vasagiri – left with little notice and less explanation. All were subsequently revealed to be at Artisan. At the same time, Matthews liquidated the Value fund while claiming that the fund’s liquidation and Mr. Zhou’s departure were entirely unrelated events. I nodded.

This one’s worth watching. Expenses have not been stated at this time.

On February 3, Janus Henderson announced that it has made the strategic decision to sell its 97%-owned Quantitative Equities subsidiary, Intech Investment Management LLC (‘Intech’), to a consortium of Intech management and certain non-executive directors.

Active ETFs have officially reached the big time: Capital Group, the advisor to the $2.3 trillion American Funds family, has launched a suite of core active ETFs. 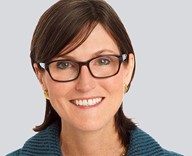 With the flagship ARK Innovation ETF (ARKK) down by 48% in the past year and four consecutive quarters of outflows, you might imagine that Cathie Woods would pause and focus on protecting the fortunes of her current investors. Or, alternately, she might choose to branch out into a new arena replete with high volatility, low liquidity investments. Which is to say, ARK Venture Fund is in the offing. The fund will be a leveraged, closed-end interval fund, which means that investors will not be able to withdraw their investments on demand. Between the February 3, 2022 announcement of this Venture Fund and the date of this writing, ARKK declined 18%, evaporating $2.1 billion of investor wealth.

DoubleLine is the latest fund advisor to locate to a “red” state. Founder Jeff Gundlach, who is on the record about the chance that the US might break into separate countries in the next six years, is relocating DoubleLine from California to Florida. He argues that California is ill-governed and over-taxed, making Florida a better business locale. It might be that DoubleLine’s star has peaked: over the past three years (through 2/26/2022), half of the DoubleLine funds have above-average performance and half are below average. The firm had about $4 billion in outflows in the past 12 months, about 5% of assets.

On February 1, Vanguard lowered its fees on seven of its actively managed funds and on one exchange-traded fund for the fiscal year ending September 30, 2021.  According to Vanguard’s press release, these reductions saved investors $4.4 million in savings.

Invenomic Fund soft-closed to new investors on February 11, 2022. Poster/Contributor Dennis Baran noted that the closure was due to an influx of incoming monies due to the fund’s stellar performance.

OFF TO THE DUSTBIN OF HISTORY

Cambiar Global Equity Fund is to cease operations and liquidate on or about March 18, 2022.

MassMutual Select BlackRock Global Allocation Fund is to be liquidated on or about June 24, 2022.

PIMCO Global Bond Opportunities Fund (Unhedged) will be liquidated on or about June 17, 2022.

Win Back Your Time With These 4 Alternatives to Boring Meetings

The Steps You Need to Know About